The Cost of Freedom is a book that was written in Pourrières, France from November 2nd to 6th, 2015, as part of the #FREEBASSEL effort to free Bassel Khartabil.

Freedom comes with many costs, not least responsibility. Social, psychological, financial, bodily, emotional: known and unknown costs, often to bystanders, turn any strategy to gain and protect freedom into an ambiguous quest. Considering the costs borne by millions to obtain, for example, freedom from slavery or freedom to vote, free knowledge movements seem rather safe and straightforward.

The discourses of free culture and free knowledge is often tainted with positivity and optimism. Very few works have actually been dedicated to reflect on fears, dangers and anguish of the free knowledge practitioners. This book wanted to provide a space for activists, artists, designers, developers, researchers, and writers involved with free knowledge movements to discuss their relationships with freedom.

Who is Bassel Khartabil ?

Bassel Khartabil, a Palestinian-Syrian, 34, is a respected computer engineer specializing in open source software development, the type of contributions the Internet is built upon. He launched his career ten years ago in Syria, working as a technical director for a number of local companies on cultural projects like restoring Palmyra and Forward Syria Magazine. On March 15, 2012, Bassel Khartabil was detained in a wave of arrests in the Mazzeh district of Damascus. Until October 2015, he was being held at Adra Prison in Damascus by the Syrian government. His current whereabouts are unknown. Go to freebassel.org for more information.

How was this book made ?

In October 2015, a message was published on the Internet calling for people eager to participate to a Book Sprint called Cost of Freedom. On November 2nd 2015, 12 people gathered in the small village of Pourrières in Southern France to write, read, organize and edit a book that should be published a few days later. Besides their own texts, contributions were sent from all over the world to compile the present book. After 5 days, the book was published online as a website, PDF and epub. See the pictures of the book sprint. 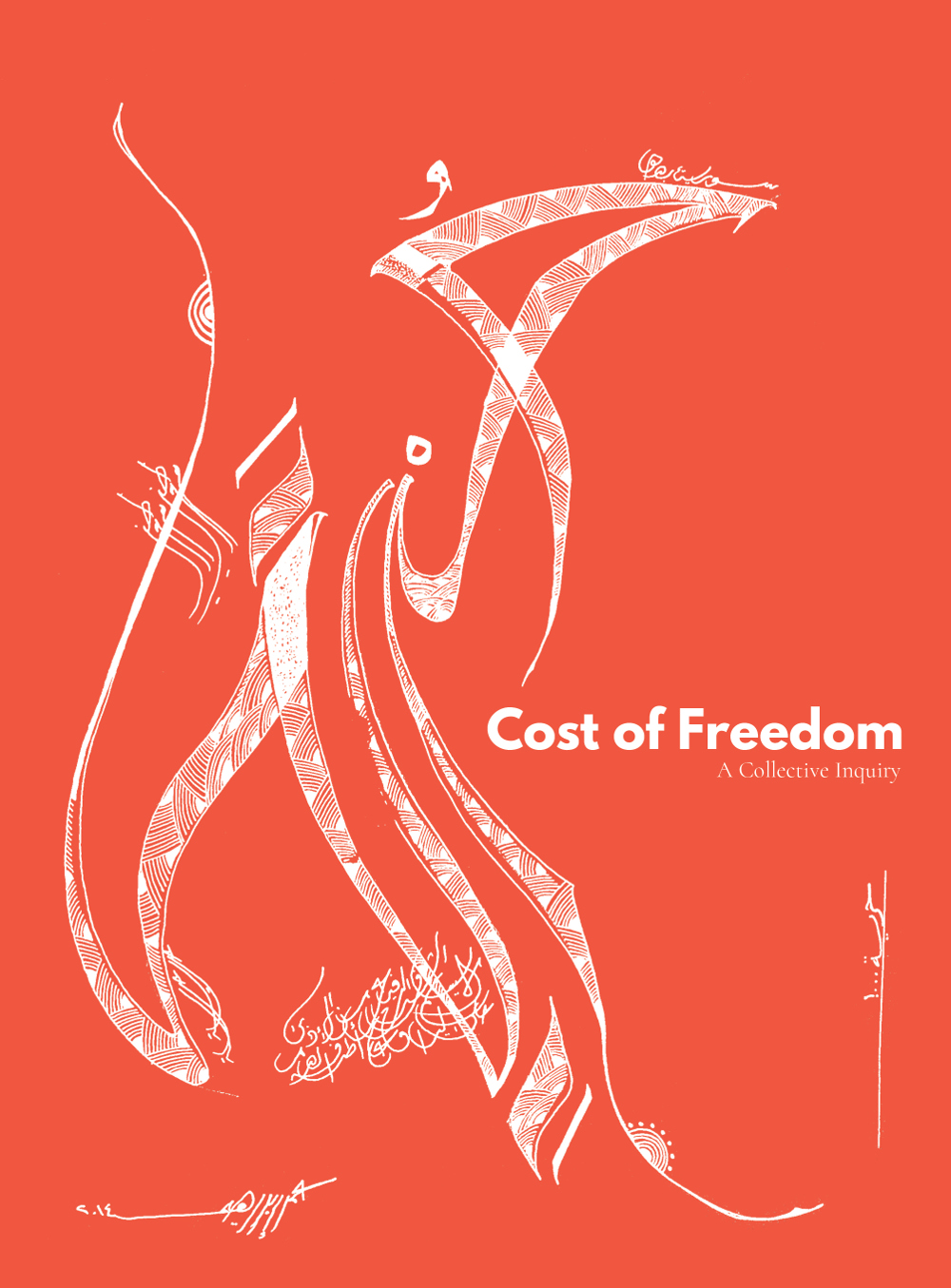 This cover is based on an original painting by the Syrian painter Omar Ibrahim. It was designed by Julien Taquet.

Download a hi-res and low-def version of the cover.

All contents are available under CC0 License.

For all questions and information, please write at contact@costoffreedom.cc.